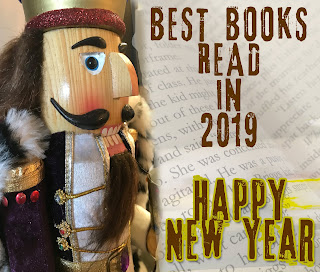 While I have hit a reading slump this year, my husband has not. This is causing a mixed joy in our home. I’m particularly moved that he has found real enjoyment listening to audiobooks, which come to find out and news to me, consumes as much time as reading real physical books. But, and of course, I’m not so thrilled about how few books I’ve read this year.

He has consumed * 61 * audiobooks this year! Yes, hats off to him. Of the 61 books listed below, I nailed him to the floor (the fun part…wink wink) and made him tell me his favorite ten. Titles with asterisks are honorable mentions because he wanted to include them, except I really twisted his arm getting him to keep the list at ten. 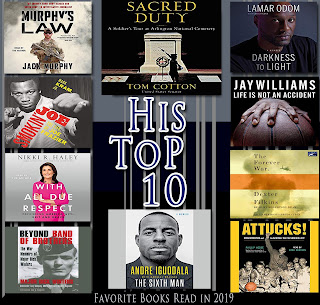 Becoming by Michelle Obama
Belachik: by Ian O'Conner **
Rather Outspoken by Dan Rather and Digby Diehl
Indianapolis: by Lynn Vincent and Sara Vladic
She Persisted: by Chelsea Clinton and Alexandra Boiger
The Forever War by Dexter Filkins
A Stroke of Insight by Jill Bolte Taylor
Sufferings in Africa by James Riley
Invisible: Stephen L. Carter
The Misadventures of an Awkward Black Girl by Issa Rae
April 4, 1968 by Michael Eric Dyson
Carsick by John Waters
Orange is the New Black by Piper Kerman
Name Dropping by Barnaby Conrad
Beyond Band of Brothers by Dick Winters
Team of Vipers by Cliff Sims **
On Desperate Grounds by Hampton Sides
Attucks: Oscar Robertson by Phillip Hoose
WAR by Sebastian Junger
A Slave No More by David Blight
True Notebooks by Mark Salzman
FEAR: Trump In the White House
The Deep State by Jason Chaffetz
Against Medical Advice by Hal Friedman
Dark Star: The Roy Orbison Story
Known and Unknown by Donald Rumsfeld **
A Thousand Lives: The Untold Story of Jonestown
Lebron, Inc.: The Making of a Billion Dollar Athlete **
What Happened: Hillary Rotham Clinton
The Longest Trip Home by John Grogan
Then Like the Blindman: Orbie’s Story by Freddie Owens
Relentless: Good, Great, Unstoppable **
The Fire Next Time: James Baldwin
Life is Not an Accident by Jay Williams
Let Love Have the Last Word by Common
Roone: A Memoir
Sacred Duty: A Soldier’s Tour of Arlington National Cemetery
Where they Ain’t (Baltimore Orioles)
Ghost: My Thirty Years as a FBI Undercover Agent
Smokin’ Joe: The Life of Joe Frazier
Truth Worth Telling by Scott Pelley (CBS News)
Dapper Dan: Made in Harlem
Darkness to Light: A Memoir by Lamar Odom
Triggered by Donald Trump Jr.
With All Due Respect by Nikki Haley
Bullshit Jobs by David Graeber
The Sixth Man by Andre Iguodala
Three Weeks with my Brother by Nicholas Sparks and Micah Sparks
More Bedtime Stories for Cynics by Kirsten Kearse, Gretchen Enders, et al.
The 3-Day Effect by Florence Williams
A League of Wives by Heath Hardage Lee
Murphy’s Law by Jack Murphy
Prague Winter by Madeleine Albright
Coach and Me by Kareem Abdul-Jabbar
Russell Rules by Bill Russell and David Falkner **
All the Way: My Life in Four Quarters by Joe Namath, Sean Mortimer, et al. **
How to Build a Tin Canoe by Robb White
Football’s Best Short Stories by Paul Staudohar
The Best American Sports Writing in 2018 by Jeff Pearlman
Thank You for My Service by Mat Best, Ross Patterson, et al.
When Breath Becomes Air by Paul Kalanithi and Abraham Verghese

And too shay, too shay (whatever that means) for me. I’m nonetheless not terribly saddened about doing my homework to find 10 book gems I thoroughly enjoyed this year! 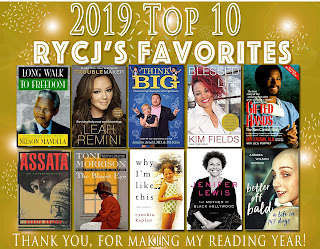 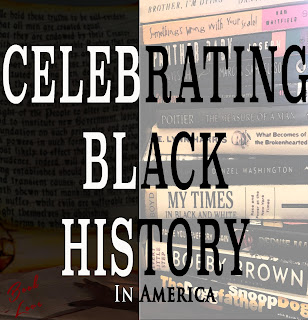 Falling in Love with a Story

Ok, so I just finished reading Gifted Hands by Dr. Ben Carson (my thoughts here). Initially, and not uncommon, I had my reservations. I thought it was going to be an arduous read, certainly not a book that in mid February I was going to be prematurely claiming it’s sure to be among my top 10 books read all year!

First there’s the cover, or title, or something right up front that catches your eye. There’s no telling what will catch my eye, but in the case of Dr. Carson’s memoir it was the blue scrubs, and those two initials tacked on to the end of his name, MD.

Except I opened the book, similar to meeting someone new for the first time, and thought... “ummm... no... maybe not.”

The funny thing is, especially in the case of a book, why wouldn’t I open the book when I first pick it up... like at the time of purchase?

I do this a lot when buying books in bulk... for a dollar. I’ll grab a book that … 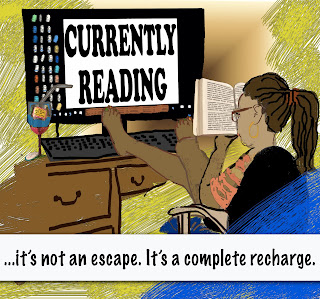 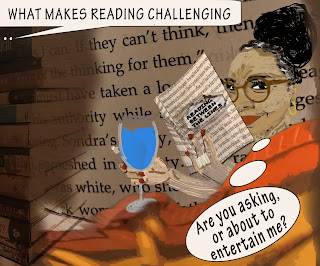 Long sentences. Run along sentences. Absent punctuation, thus no sentences. Or too much punctuation, thus altering the sentence altogether. Generational jargon, such IMHO and BTW, which by-the-way it took the longest to figure that one out. Generational gaps is another one; i.e., Gen X...the millennials...the baby boomers...and that silent gen. International differences can make reading challenging, along with cultural incongruences... Artsy Writing, or Creative Writing... Scenic Writing. Padding. Data Dumps. Clichés. Big Words. Offensive Words. Words with a half dozen meanings. Big books. Heavy Books. Pages upon pages of ad hominems.…