A Literary Critique and Personal Opinion 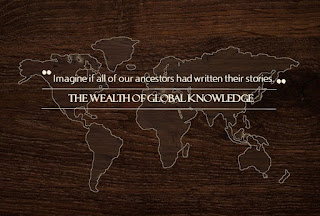 I just finished reading a memoir, ‘Nobody Will Tell You This But Me’ by Bess Kalb (other thoughts here), that inspired this post.

There was one part in Bess’s memoir, somewhere near the end, where I got the impression there had been some discussion, either during the writing or at publishing, about ensuring this story was relevant to a larger audience...i.e., more than aunts, uncles, cousins and you get the point. For a moment I paused, feeling some kind of way. While I certainly get this sentiment, in that I've heard it before, I sometimes wished the inclination to give personal narratives more of a commercial appeal was ignored. But the industry being what it is, I also respect how commercial appeal rules the pack. The cost to print and advertise books is not cheap. Publishers are in business to make money. And writers (surely most of them) want their work praised and celebrated...world-wide if possible. And like who amongst us doesn’t need (or want) to be monetarily compensated?

Most of all it's 'current' readers who put on the pressure. I'm not naive to the fact that not all readers are so warm and fuzzy about first person personal narratives. The gripes are out there. Some readers refuse to recognize memoirists as authors at all.

And still, being a memoir reader I lean on a unique quality of memoirs that inherently makes them universally valuable. I’m referring to large ‘white spaces’ publishers, writers, authors or anyone invested in a literate society and audience should not dismiss.

Taking a few steps back, before entertaining the invaluableness of these ‘white spaces’, too many view reading as a drag. Initially I couldn’t stand the books English teachers and literary mavericks recommended either. Funny, I happened to catch (just recently) a half dozen TV sitcoms… Roseanne, Cosby Show, King of Queens and the likes to name a few… parodying the 'typical' scenarios when books and reading appear on the horizon. You know it; the eye rolls, sighs, jokes, and a character inevitably pretending to have read one of the classics when everyone on set knows good and well the book hadn’t been touched, much less read. Usually I laugh, but shake my head too at these familiar scripts. Had not it been for ‘The Diary of Anne Frank’, and ‘I Know Why the Caged Bird Sings,’ and ‘The Boston Strangler’, I’d still be breathing noisily and rolling my eyes too.

In my case, memoirs and biographies turned a reluctant reader into an avid reader. After coming across Anne Frank’s diary, and Maya Angelou’s caged bird, along with The Boston Strangler, reading got so exciting that I was no longer intimidated by any book. I used to scour libraries, plucking books off shelves the way kids mine Halloween bags picking out Hershey’s Kisses. Books that had me yawning, I put back. And the ones I liked, I clawed for more like it.

Admittedly, however, it did take a while before pushing myself to read books like Paulo Coelho's 'The Alchemist', or F. Scott Fitzgerald's 'The Great Gatsby', or Ann Petry's 'Miss Muriel and Other Stories'… or here’s one; J. K. Rowling's 'Harry Potter and the Sorcerer's Stone'!

I only named these particular works of fiction because I actually read them, and for the most part liked them. Petry’s Miss Muriel and Rowling’s Sorcerer’s Stone really surprised me! I was floored by the way Petry wrapped up her stories, and who would’ve thought I’d get into Harry Potter!?! Haha!

‘The Alchemist’ however, read like a principled spectacle, its premise cloaked in symbolisms and allegories, contrasting with ‘The Great Gatsby’ which reminded me of Vladimir Nabokov's Lolita, in tone, style and satire (not story). While the writing in all three novels read a little dry, and the latter two smug to boot (the very reason English teacher’s selections turned me off), it all the same was the webbing (storytelling) that ultimately won me over. After all, I write fiction; a clear motivation to read the classics. It was important to see what worked in novels, and what I wanted to do differently.

Overall, my all-time favorite novelist has to be (so far) Toni Morrison. For years I tried  to read her work, sadly failing on each attempt, until recently, finally falling in love with the writing of 'The Bluest Eye' and ‘Sula’.

All this yarn now out in the ethosphere and the whole point is, it is amazing how therapeutic and relaxing reading is… of course when I find books that resonate. But this may have never been, had it not been for memoirs and biographies. 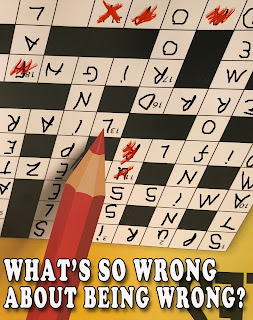 How I Learned to Handle ‘Getting it Wrong’. 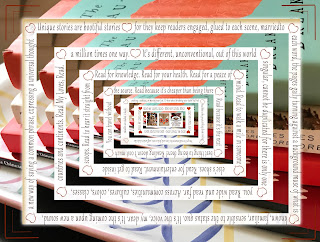